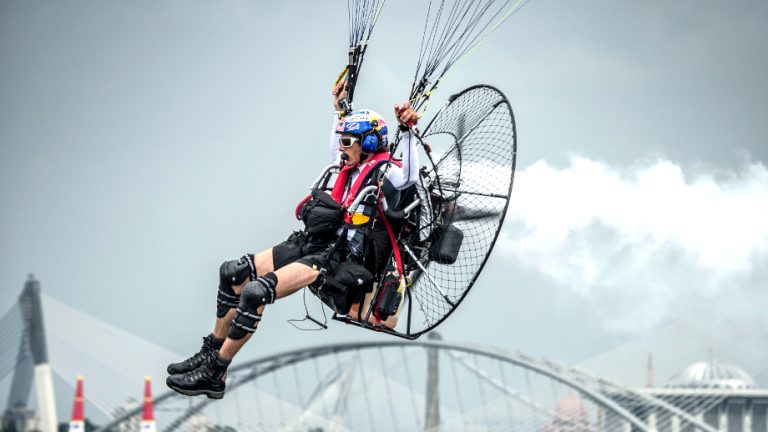 Pal Takats of Hungary performs during the third stage of the Red Bull Air Race World Championship in Putrajaya, Malaysia on May 18, 2014.
Home
Blog
Blog

This is what I call going to the extreme with “extreme sports”.   It seems even Leonardo da Vinci was also an avid fan of paragliders.  There are many illustrations believed to have been drawn by him of wings to be used in silent flight.  Supposedly he would often purchase birds in local markets and study their wing structure, movements, and form after studying he would set them free.  I understand the adrenaline rush one might get once in flight, it is the actual jumping off the cliff part I don’t get.  But, I guess if people can jump out of an airplane going 120 mph at 15,000 feet anything is possible.

Paragliders are probably the most practical way to live among the clouds and soar like a bird and you do  not need a pilot’s license or a million dollar plane!    So, for you adventurers check the extreme luxury toy at Black Hawk  Paragliders on Toys for Big Boys and start spreading your wings! 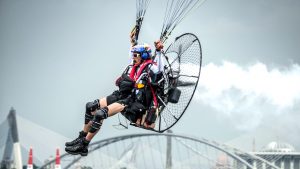