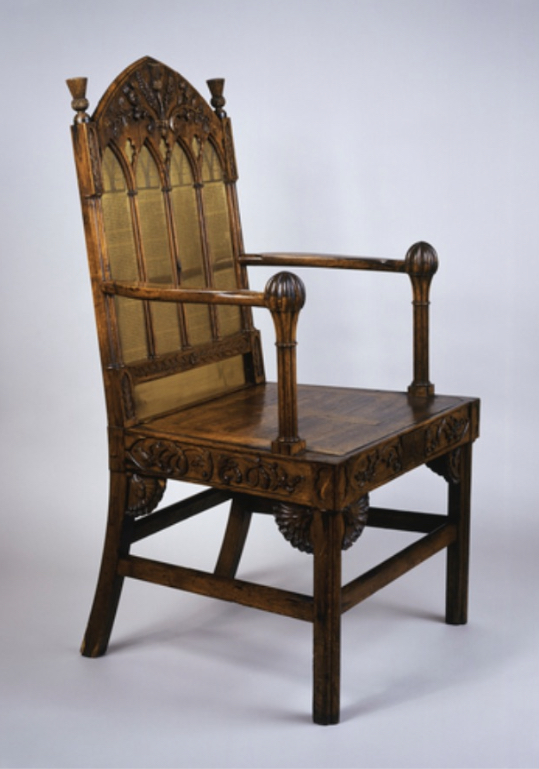 For over two hundred years the cult of Robert Burns, the national poet of Scotland, has
been responsible for the preservation of certain pieces of furniture associated with the
man and his life. These items are now in scattered locations, but they originate mainly
from the West Country counties of Ayrshire and Dumfriesshire where Burns worked
a succession of small farms, finally settling in a small townhouse in Dumfries, where he
died in 1796.

Robert Burns is a Scottish poet and lyricist who was born on January 25th, 1759. To this day, Scots celebrate his birthday on January 25th in honor of their national poet. This day celebrates Burns’s life and is an occasion where Scots are encouraged to enjoy everything that he has to offer. The tradition of Burns’s birthday celebration originated in 1801. The first Burns supper was held on January 25th to honor the poet. It was a simple celebration for close friends. Later, the supper became an event for the whole community. The Scottish people enjoyed having an excuse to meet and welcome each other with a toast of whiskey, a glass of Scotch

The furniture can be divided into two categories: the first, items that Burns and his
the family were known to have used; and the second, commemorative pieces which have
been made from ‘relic’ timbers salvaged from objects and places associated with the
poet’s short and peripatetic life. The first category can shed some useful light upon the
nature of common furniture in the western counties during the late eighteenth century,
and the second includes antiquarian chairs which are some of the earliest Romantic
movement tributes to a literary or historical figure.

The chair, made by John Underwood and James Loumgair,
was made from the remains of the oak rafters that composed the old roof of Alloway Kirk,
Ayrshire, and presented to Hugh Montgomerie, 12th Earl of Eglinton, in 1818. It is
bedecked with references to the poet’s work. The front seat rail bears an inlaid plough
(a reference to Henry Mackenzie’s description of Burns) and the inscription ‘IN
MEMORY OF ROBT. BURNS’. The brass panels, between the Gothic arcading that
forms the principal decoration of the chair back, are engraved with the poem Tam
o’Shanter and signed ‘Robb McWhinnie, Sculp, Ayr’. McWhinnie was an engraver and
sculptor in Ayr. The back of the chair is painted with a grisaille scene depicting witches
and warlocks dancing, a scene from the poem which appears to have inspired a later
painting and popular print by John Faed.

The supposedly haunted Alloway Kirk appears in Burns’s long narrative work, Tam o’Shanter, which was originally commissioned as an accompaniment for an engraved view of the ruined monument in Francis Grose’s Antiquities of Scotland (1789-91). Alloway Kirk was of
modest antiquity, dating from the early sixteenth century and serving as a parish church
until 1691 after which Alloway was joined to the parish of Ayr. Robert Burns as a boy
was very well acquainted with the Kirk as he was born in Alloway and lived nearby
until he was seven years old.

Although Eglinton Castle, the seat of the 12th Earl, was furnished by Gillow of Lancaster
in a neo-classical style,13 the house was nevertheless a suitably Romantic setting for one
of the first antiquarian chairs to commemorate Robert Burns. The Tam O’Shanter
chair was received into a house that had been rebuilt in the Gothic ‘Castle Style’
between 1798 and 1803 by architect John Paterson, and in which the patron was
attempting to create an antiquarian interior. The completed setting was later the venue
for one of the most important historical-revival events of the nineteenth century, the
Eglinton Tournament of 1839, the mock-medieval splendor of which succeeded in
bankrupting the 13th Earl.

The Burns chair of 1818 satisfied two criteria for the historically minded connoisseur; firstly, it had a striking medieval look created by a combination of cluster columns, dramatic scalloped spandrels and Gothic arches, and secondly, it was made from relic timber of a firm Scottish provenance. In these respects it is very similar to another early example of commemorative ‘relic’ furniture; the
‘Robroyston’ chair, which was made for Sir Walter Scott c. 1822.16 In addition to being
made from fragments of historic wood, both chairs are very deliberately decorated with
thistles.

This can be read simply as a symbol of Scotland, but it is also perhaps a more
specific reference to sixteenth-century Scottish carved woodwork, in which the thistle
was given special prominence. Two Scotsmen must be credited with the original
conception and subsequent promotion of the ‘Tam o’Shanter’ and ‘Robroyston chairs’.
Their names are Joseph Train and David Auld, individuals who caused the first stirrings
of a trade-in antiquities in Scotland and whose legacy was to influence the nineteenth
century. Joseph Train (1779-1852), Supervisor of Excise at Castle Douglas, Kirkcudbright and later at Cupar, Fife, was one of the first collectors of Burnsiana, many items
of which he sold or gave to Walter Scott at Abbotsford,18 but he was also responsible
for commissioning pieces of furniture fashioned from different Scottish relics. The
‘Robroyston’ chair was made to celebrate Sir William Wallace, and was made by a
Kirkintilloch wright, John Stirling,19 from relic timber supplied by Train. This had
supposedly come from the rafters of a cottage on the Robroyston estate in Lanarkshire
where Wallace was abducted by the English in 1305. Train can be seen as an impresario
who supplied materials and arranged for pieces to be made, but there is no evidence
that he actually designed furniture.

David Auld, a merchant in Ayr, is a less well-known figure who can be credited with
the original idea of making furniture to commemorate Robert Burns. His design for the
‘Tam o’Shanter’ chair in 1818 was innovative because it did not reflect fashions in
contemporary domestic furniture nor was it an approximation of a historical type (as
was the ‘Robroyston’ chair). Auld’s design was a synthesis of historical components
and indeed, different materials which were to provide a useful prototype for commemorative chairs later in the nineteenth century. Auld attempted to exploit the success of
his first Tam o’Shanter chair by commissioning a second version in 1822 (Figure 3).
This is now in the Royal Collection at Holyroodhouse, Edinburgh.22 For this second
chair, which shows a different scene from the poem Tam o’Shanter on its painted back
the panel, Auld seems to have dispensed with the services of the cabinet maker James
Loumgair, who collaborated on the first version.23 John Underwood, who was solely
responsible for making the second chair, is listed in Pigot and Co.’s New Commercial
Directory o f Scotland, 1825-26, as a cabinet maker and chair maker in Main Street,
Ayr

FYI: the Tam O’Shanter chair was listed on Sotheby’s on 9/11 and because of the tragedy, the auction was canceled and the chair has not since been listed anywhere.