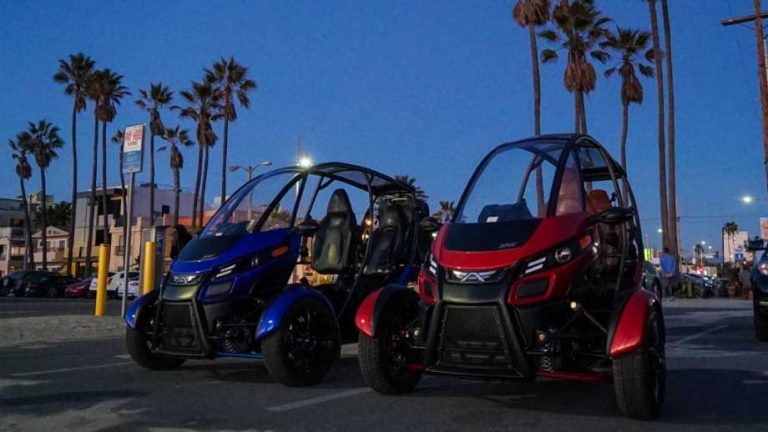 Not only is Arcimoto making waves in the electric vehicles industry – the company is poised to make a big difference to the world as a whole.

The electric vehicles manufacturer’s flagship SRK model has been dubbed “the first truly affordable everyday electric vehicle.” The inexpensive, yet high-performing, EV is set to change the way we think about the world’s roads.

Founded in 2007 by Mark Frohnmayer, Arcimoto is based out of Eugene, Oregon. As of 2016, their SRK model is in its 8th generation of refinement and design.

The 8th generation SRK has a current asking price of $11,900. For that remarkably affordable sum, you get a 100% electric vehicle with an estimated 230 MPGe. The EPA uses MPGe as an equivalent term to MPG to help people better understand the power output of electric vehicles.

Not only do the two front-located motors boast an impressive MPGe, they also provide a top speed of up to 85 mph. That’s not to mention a 0 to 60 mph time of less than 8 seconds. No matter how you look at it, the Arcimoto SRK is an electric vehicle capable of hitting the roads with the capability of any other vehicle.

Now here’s the big catch – the SRK doesn’t look like your typical automobile. In fact, it only has three wheels (two in front, one in back). Another big difference is that it’s controlled with a motorcycle-style handlebar that utilizes a throttle plus brake levers rather than a steering wheel and pedals.

Despite these differences, there’s no denying the SRK is comfortable for both the driver and passenger. Two plush inline seats (one behind the other) offer plenty in the way of comfort.

A full roll cage, seat harnesses, and front and rear crumple zones are designed to offer the maximum in on-road safety. Optional built-in side panels with a vertically-rising door are available for customers that want the most in rain protection.

Because of its three-wheel, two-seat, open design, the Arcimoto SRK is officially classified as a motorcycle. It doesn’t meet the demanding safety standards required to be classified as a car.

While this is a negative to some, it helps account for the vehicle’s low price. It’s also not much of a concern for those interested in a cheap EV for use around town rather than on highways.

Arcimoto electric vehicles has struck the perfect balance between high-performance features and a simple, clean, minimalist design. You don’t get anything more than you need. Every single feature has a straightforward purpose.

In addition to the optional built-in side panels mentioned above, another additional feature is an enclosed cargo area. This cargo area replaces the rear seat and is perfect for those interested in using the vehicle for deliveries and similar uses.

The SRK is currently Arcimoto’s only product. The 8th generation was only currently released. It’s just now being seen on streets around the United States.

Buy the Arcimoto SRK directly through the company. Test driving and financing options can be discussed directly with the company.

In addition to the standard SRK, a hand-built model is set to be released. Known as the Signature Series, this EV will be available come 2017. Deposits are currently being accepted on it.