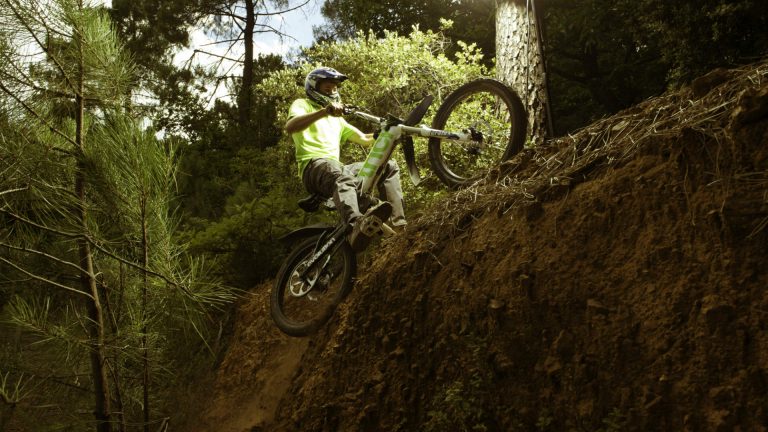 These aren’t your average electric bicycles and electric motorcycles. And SEV Electric Vehicles isn’t your average company. Based out of France, SEV designs, develops, produces, and sells each and every one of its many products to ensure the highest quality possible.

But SEV Electric Vehicles does more than just repackage the same tired e-bike and e-moto designs. Instead, they’ve taken their own unique vision of what a high-performance electric two-wheeled vehicle should be and ran with it. They started with a blank slate for each of their bicycle and motorcycle models so that the end project is exactly – and, we mean, exactly – what they envisioned.

For those interested in some of the most comfortable, adaptable, reliable, and attractive electric vehicles on the market, SEV is a great place to start your research. They’re all but certain to have a product that perfectly suits your needs.

Though they’ve gained much popularity on the international stage in the past few years, SEV is not a new company. They’ve been in the industry since 2006.

At the beginning, SEV was integrated with Scorpa, a trial manufacturer. These early years marked the engineering team’s first attempts into two-wheel, electric vehicle research. It wasn’t until 2008 that this engineering division became independent.

With their newfound independence, they took the name SEV Electric Vehicles and first started to manufacturer the product line they currently offer today. In 2009, their first eTRICKS electric funbike hit the market. It remains one of their most popular models to this day.

Despite their relatively short history, SEV has already made a solid name for themselves in the industry. The primary reason for this is their original concept of production along with designing and manufacturing their products solely in Europe. Along with this, all of the parts and components used for each of their vehicles are entirely European.

Finally, the company goal of SEV Electric Vehicles has helped propel them forward. They are dedicated to providing the best combination of pleasure and performance in as eco-friendly a design as possible. They strive to become a reference point for other brands in the field.

The mission of SEV Electric Vehicles is simple. They strive to offer a wide range of two-wheel electric vehicles suitable for people of all needs and preferences.

Their goal with each of these individual models is to create a vehicle that is fun, maintenance free, affordable, technologically innovative, and high performing. On top of this, the use of electric power for propulsion means that all of SEV’s vehicles are environmentally friendly.

One of the most popular models that SEV Electric Vehicles currently produced is the “Velicks.” Like all of their models, this electric bike (e-bike) is made in France. It offers a number of innovative features that allow it to travel up to 62 miles on a single charge.

Perhaps the biggest reason for the popularity of the Velicks is its versatility. It is the perfect choice for those looking for a cheap, easy, eco-friendly commute or those looking for a fun, exciting, pleasurable way to get around town. For many people, it solves the problem of getting around the city quickly, without a car, and without making a large environmental impact.

SEV Electric Vehicles is one of the most unique manufacturers of two-wheel electric vehicles in the world. In just a few short years, they’ve already established themselves as a leader on the world stage. If you’re looking for a completely new way to travel around town, then a SEV e-bike or e-moto might just be what you’re looking for.